FR. CEKADA’S NOVEL THEORY: THE “SIN” OF HERESY CAUSES THE LOSS OF OFFICE

“[T]he General Council declares the fact of the crime by which the heretical pope has separated himself from the Church and deprived himself of his dignity” (Wernz-Vidal Ius Canonicum, 1943).

Because Sedevacantists know they have no authority to judge a Pope for the crime of heresy under canon law, they have come up with a complete novelty to get around the problem: They argue that the Pope loses his office and jurisdiction for committing the sin of heresy, and then appoint themselves as the judge and jury of the sin by a nebulous appeal to “Divine law.” Pretty convenient, huh? And it is fair to say that this error is one of the major blocks in the false foundation upon which the Sedevacantist thesis has been erected. As we demonstrate in great detail in True or False Pope?, the “sin of heresy” error is two-fold: First, the sin of heresy is a matter of the internal forum of which God alone is the judge. Second, the sin of heresy alone does not cause the loss of office. 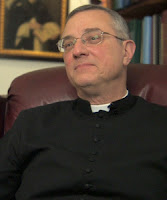 While many quotations from leading Sedevacantists could be provided, the Sedevacantist priest, Fr. Anthony Cekada, is one of leading promoters of this error, having peddled it for many years in his articles and videos. In fact, this is Fr. Cekada’s favorite defense of Sedevacantism, which he uses in almost every one of his attempted “rebuttals” of his opponents’ arguments.


Unfortunately for Fr. Cekada, we have taken the time to look up the theologians he claims supports his novel theory. What did we find? In every single case, these theologians are referring not to the sin of heresy, but rather to the canonical crime of heresy, which causes the loss of office. This must be why Fr. Cekada has been forced to creatively edit the quotations he claims supports his position, an editorial tactic he consistently uses, as we expose in our book. And this strikes yet another blow to Cekada’s already tarnished credibility.