THE SEDEVACANTIST’S IRRATIONAL ESPONSE TO THE BOOK, TRUE OR FALSE POPE?


TO THE BOOK, TRUE OR FALSE POPE?

“True or False Pope?” by John Salza and Robert Siscoe has not yet hit the shelves and the
Sedevacantists are already scrambling. Websites have been set up, and at least three videos produced so far, in their attempt to counter the book that none of them have read. Why do we see such an
irrational response, which has no equal in recent times, to this particular book? And why was almost nothing heard from these same individuals when another book was published against the errors of Sedevacantism only a few months ago? 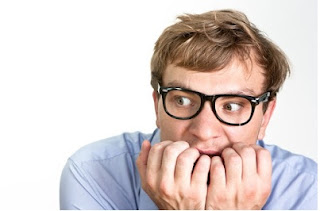 In his personal diaries, Fr. Joseph Clifford Fenton commented about a book that he intended to write after the close of the Second Vatican Council (the diary entry was written during the Council). He noted that he would have to word everything very carefully, since, as he said, any important book is sure to be publicly attacked.  In light of this, the irrational attacks on True Or False Pope? are indeed an encouraging sign. These Sedevacantists know that their position will now be under the microscope like never before.

Following several interviews with the authors of the book, which quickly spread across the
internet, Fr. Anthony Cekada, the Sedevacantist priest from northern Cincinnati, released a “damage control” video in which he tried to convince his viewers that the only reason anyone would not embrace Sedevacantism is because of “fear,” since, as he claims, Sedevacantism is simply the logical answer to the current crisis.  Needless to say, it is Fr. Cekada and those like him whose livelihood and reputations are connected to the ongoing survival of Sedevacantism who have the real “fear,” since they have the most to lose after the Sedevacantist ship has sunk. Unfortunately, Fr. Cekada’s tactic did not work out as he had planned, as the comments below his recent video reveal. After Fr. Cekada himself posted his new video on a message forum, one commenter wrote: 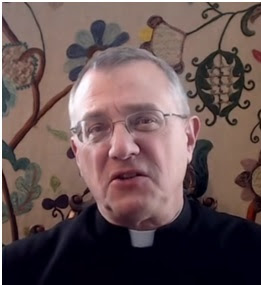 “Father, I have not seen the video, but please do not attribute feelings, thoughts, and reactions to non-sedes that we do not hold.  This is one of the worst tendencies of sedes, and it's right in the title of your thread here, setting up a false premise which then puts non-sedes in the uncharitable and unjust position of having to defend feelings, thoughts, positions, and reactions they do not have. … ‘Fear’ is most certainly not what keeps me from being an SV'er.”
Another commenter said:

“I am not afraid of Sedevacantism and even sometimes I wish it could be true as an emergency exit but alas, it is not, as it compromises major Catholic dogmatic certainties and it presents far more problems than what it solves. In these unfortunate times we live in, Sedevacantism can rapidly and easily become a temptation for imperfectly formed Catholics, who in their despair, believe they have finally found the answer to the utter ecclesiastical chaos and social oblivion unfolding daily under their eyes. At first, Sedevacantism may seem as the most logical explanation to the crisis, but only until you dig a little deeper using sound theological foundations, and then encounter unsolvable dilemmas which are conflicting with the Catholic Religion of All Ages.”
After watching Fr. Cekada’s entire video, a third commenter wrote:

“Well, I suffered through the whole video and find it another recruiting tool for those who are just waking up, who in their ignorance and confusion do not know any better, but faithful Catholics should have little trouble seeing right through the scandal. And trads who actually spend time looking into ‘the pope problem’ soon find that sedevacantism is not a teaching of the Church, rather, it is disastrous teaching only taught by other sedevacantists who can trace their tradition all the way back to about 1967, to its founder, Francis Schuckardt, the original sedevacantist.  The video demonstrates what the Salza / Siscoe book will be in for by Fr. ‘getting the jump’ on it before reading it's contents, and before it even hits the shelves.”

Clearly, setting up websites, producing videos to attack a not-yet published book, sending the authors e-mails in all caps telling them that “THE HERESIES IN THE BOOK WILL BE DEMOLISHED… WAIT ‘TILL YOU SEE WHAT WE HAVE PLANNED,” etc., is an irrational response that itself is clearly rooted in fear. Would not the rational, unfearful response be to read the book first, and then draw a conclusion? Can a person truly be secure in their position if they have only seen one side?  Since no Sedevacantist claims to be infallible in his judgment, wouldn’t the
more prudent and Catholic course of action be to read the counter arguments to their position – especially when the salvation of their soul is at stake? The authors are confident that any Sedevacantist who reads the book with an open mind will abandon the position, yet, at the same time, they also recognize that those whose lives are identified with the movement (e.g., Fr. Cekada) will have the greatest obstacles to seeing the truth.  Those individuals, such as Fr. Cekada, who have spent decades publicly promoting Sedevacantism, while publicly mocking and ridiculing non-Sedevacantists, will have the most difficult time admitting their error to themselves and others. Such a public admission would take a tremendous act of humility; and let’s face it, if there is one virtue that is clearly lacking in Sedevacantist apologists, it the virtue of humility. But the prudent, reasonable and scholarly approach is to always consider both sides of a position before forming a judgment; or, after a judgment has been formed, to possess the sincerity and humility to consider counter arguments and adjust one’s position when necessary. Those Sedevacantists who have irrationally attempted to rebut a book they have not yet read, reveal that they are not being guided by reason and prudence, and hence will likely not be capable of forming a correct judgment on the matter.