“By their fruits you shall know them.”

Over the past 40 years, the Sedevacantist sects have produced an unprecedented number of antipopes – that is, men who were either elected “Pope” by a small band of Sedevecantists (these are called “Conclavists”), or individuals who claim to have been appointed Pope directly (and secretly) by God (these are known as “Mysticalists”). The following are a just a few of these individuals. These are just some of the “fruits” (and dare we say “nuts”) of the Sedevacantist movement. 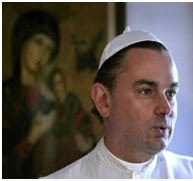 The layman David Bawden was elected “Pope” in 1990 by a conclave of six persons, which included himself and his parents. Bawden took the name “Pope Michael” and currently lives with his mother in Kansas.  He claims to have been ordained as bishop several decades after his "election" by a bishop of the heretical Old Catholic church. In a recent documentary, Bawden claims to have approximately 50 followers world-wide.  These alone, he says, are the member of the true Catholic Church.  The documentary can be viewed here. 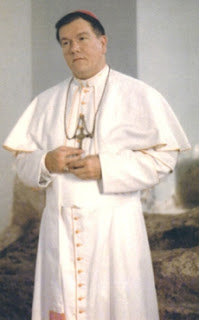 Schuckardt left the Catholic Church in the late 1960’s and soon thereafter was ordained to the priesthood, and then consecrated a bishop the next day, by Daniel Q. Brown, a married bishop of the heretical Old Catholic church (Brown was also a fallen away Catholic).  Schuckardt claims to have been appointed Pope by the Blessed Mother in 1978.  Six years later (1984), Schuckardt's number two man at the CMRI, Dennis Chicione, announced from the pulpit that Schuckardt had been sexually molesting his seminarians (four of whom testified to it in sworn statements) and abusing drugs.  After a messy legal battle, the Antipope left the CMRI and found another sect, the “Tridentine Latin Rite Catholic Church,” which he remained with until his death in 2006.  link   The CMRI is the heretical sect that Mario Derkson, of Novus Ordo Watch, joined after he publicly defected from the faith in 2005.   Fr. Jenkins explains the sorted history of Schuckardt and the CMRI. 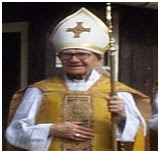 Maurce Archieri claims to have been appointed the true Pope in 1995 by the Holy Ghost. He took the name Peter II. 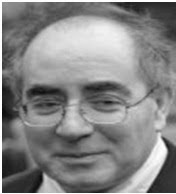 William Kamm, aka, “the little Pebble,” claims to have been appointed as Pope by the Blessed Virgin Mary, who gave him the name Peter II. Kamm gathered more than a thousand followers in several countries, some of whom lived communally as members of a religious order known as the Order of Saint Charbel. In 2005, Kamm was sentenced to jail for sexual relations with two minor girls. He did not deny the relations, but claimed that the Virgin Mary has appeared to him in an apparition and authorized him to take as many as 84 “mystical wives.” link 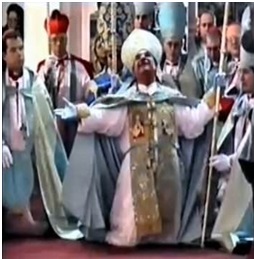 Clemente Domínguez y Gómez (d. 2005) who went by the name Gregory XVII claimed to be the successor of Pope Paul VI.  He was supported by the Palmarian Church that was started in 1978.  Domínguez claimed that he was visited by Christ, along with St. Peter and St. Paul, who told him:

“The reign of the Glory of the Olives has begun... A great day today, in which you are vested with the Office of Pope, … The great Pontificate of the Glory of the Olives begins … He will not delay long before taking up the sword and fulfilling the mission of emperor and great monarch... It was also foretold in prophecies in past times how this Pope would be elected: namely through the direct intervention of the Apostles Saint Peter and Saint Paul.”

On 15 August 1978, he was crowned “Pope” by four of his newly created “Cardinals” in a coronation held in Seville in Spain. According to his supporters, Pope Gregory XVII was destined to be the last Pope, and would be crucified and die in Jerusalem. In the 1990s, Gregory XVII was accused of sexual impropriety with several of his priests and nuns. In 1997 he admitted to it and begged forgiveness. He died on 22 March 2005.  His sect immediately canonized him, giving him the title “Pope Saint Gregory XVII, the Very Great.” link

Yet another “Pope Peter II” 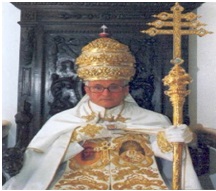 Manuel Alonso Corral had been named to succeed Gregory XVII (above) in 2000, and was appointed Pope following his death in March of 2005 (with no election). He also took the name Pope Peter II and died on July 15, 2011. link 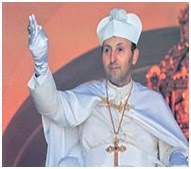 Peter II (above) was succeeded by Sergio María Ginés Jesús Hernández y Martinez. He began his reign as antipope on on July 15, 2011, taking the name Gregory XVIII.  He served as head of the Palmaraian church until 2016, when he resigned, declared the church to be a hoax, and moved in with his girlfriend.   link

Oscar Michaelli (picture unavailable) was elected by a group of 34 individuals on March 24, 2006 and took the name Pope Leo XIV. He died in February of 2007.

Oscar Michaelli (above) was succeeded by Juan Bautista Bonneti, who was elected in February 2007, taking the name Innocent XIV.  He resigned in May of the same year and was succeeded by Alexander XI.

Alejandro Tomás Greico succeeded Juran Bautista Bonneti (above).  He was elected in 2008, taking the name Alexander XI.  He claims to reign over the True Remnant Church in exile.  Their website provides the following profession of faith for those Sedevacantist who seek to enter the Church:

I, NN., Putting God to witness I declare freely that I was born outside the Apostolic Roman Catholic Church, especially now, illuminated by the Light of Grace, I have with true faith all the articles of faith of our Holy Religion contained in the Apostles' Creed, the Nicene Creed and Creed of Athanasius.  In the same way, maintain that the Holy See was vacant since the death of His Holiness Pius XII acecida in 1958 and until 2006 there was on earth a true . Vicar of Christ condemn modernism and all the errors of false Vatican Council, convened by Antipope Roncalli, just as I condemn and anathematize the antipopes that happened to this: Paul VI, John Paul I, John Paul II and Benedict XVI and any other successor of these heretics is declared. I hold as true Faith my obedience to His Holiness Alejandro IX…promising him all my support and obedience.” 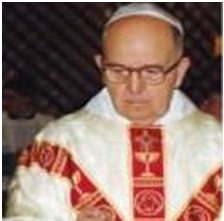 Lucian Pulvermacher (born Earl Pulvermacher) was born on April 20, 1918. He was elected “Pope” by a small conclave in October 1998 and took the name Pius XIII. He resided in Springdale, Washington, and died on  November 30, 2009. 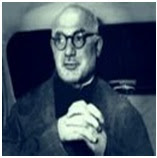 Michal Collin, a priest from Lille, France and forerunner of the Sedevacantist antipopes, claimed to have been ordained a Bishop by Jesus Christ personally in 1936. He founded a religious order called The Order of the Mother of God (later changed to “Apostles of Infinite Love”).  In the 1950s, he claims to have been appointed Pope by “an unknown message” from the Virgin Mary. He died in 1974, but his sect lives on. He was succeeded by yet another “Pope Gregory XVII” 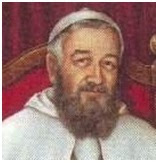 “Pope Gregory XVII”
Jean-Gaston Tremblay was born on September 8, 1928.  He was a member of the Apostles of Infinite Love, and succeeded Michael Collin (above), taking the name Pope Gregory XVII. He died on  December 31, 2011. 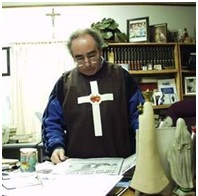 On January 12, 2012, Michel Lavallée , aka, Father Mathurin of the Mother of God, was elected to succeed Tremblay (above). Although the election was reported in numerous places, we have been unable to locate his papal name. 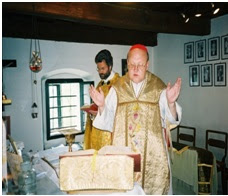 Victor Von Pentz of South Africa (born in 1953), was elected Pope by a small conclave in Assisi, while still a layman, in 1994.  Following the election, his supporters attempted to establish him in the Basilica of St. John Lateran. Four years later the lay “Pope” had himself consecrated bishop in London. His followers later declared his office vacant, ipso facto, when he disappeared from the scene.

Pope Linus was recently tracked down. According to his Linkedin page, he now works as the duty operations manager for Tascor E&D, a business supply and equipment company.

These are just a few of the dozens of antipopes produced by the Sedevacantists sects. Would that those who have been led into Sedevacantst heresy, by specious and erroneous argumentation, simply judge the Sedevacantist tree by its fruits (or, in this case, “nuts”). For more information, including a full chronology of all the antipopes, please see our book True or False?.

Someone knows where to this famous pope Linus went?

If someone thought there was a true pope, they wouldn't be a sedevacantist.

"If someone thought there was a true pope, they wouldn't be a sedevacantist."

We call them Sedevacantist Antipopes because they were Sedevacantists who became antipopes. And interestingly enough, in some of his videos "Pope Michael" still refers to himself as a Sedevacantist.